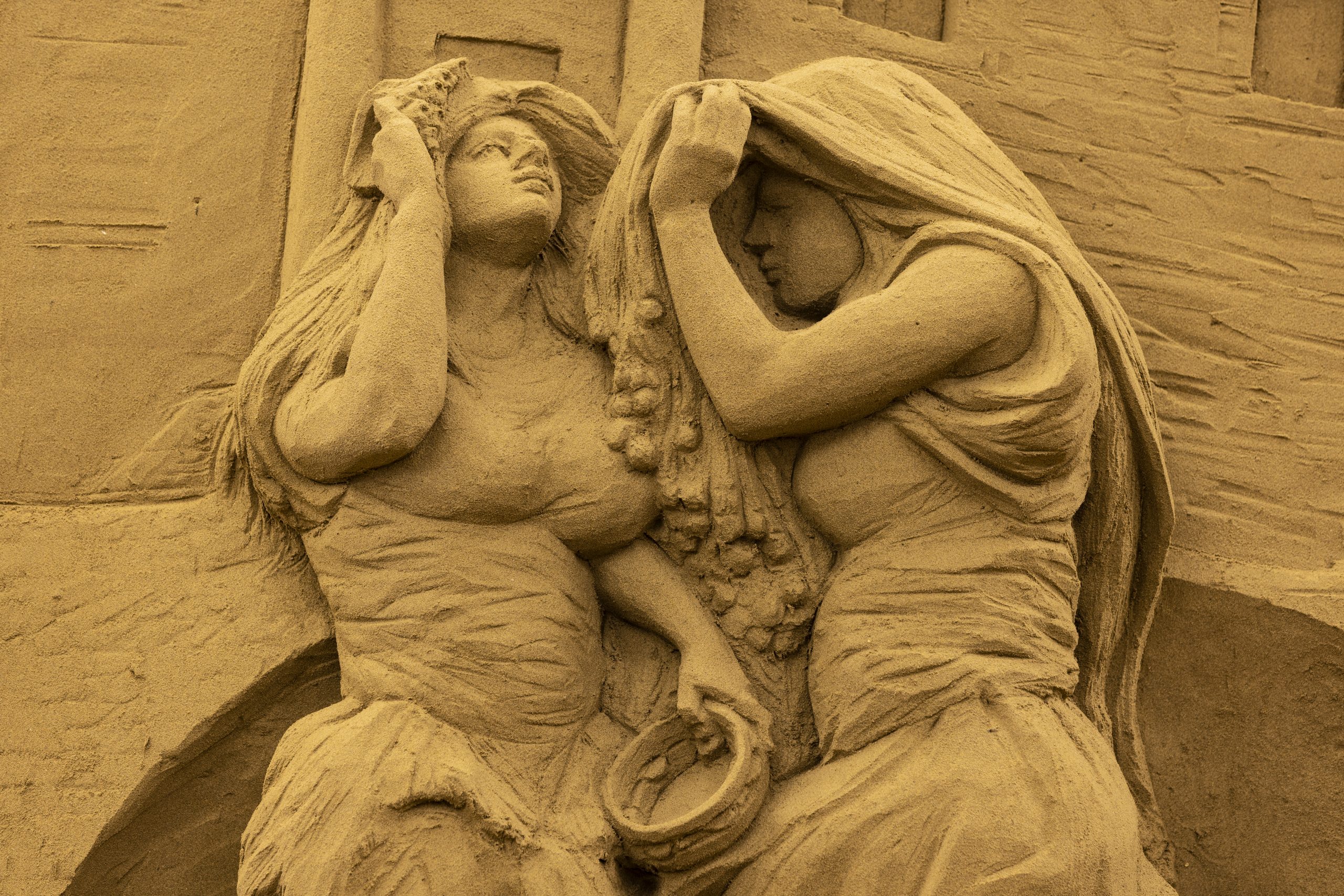 Many are the news that the XIX edition of the Sand Crib of Lignano Sabbiadoro offers to its many and loyal guests: a more convenient location of the tent on the beach (you will access the exhibition from the beach office number 6, at the height of the parish church), a renovated layout in its technological components and, above all, a common thread of strong impact that, taking free inspiration from the early Christian mosaics of the Basilica of Aquileia, intends to mention the origins of Christianity in the territories of Aquileia and the upper Adriatic.

The aim of this year’s edition is to draw the attention of as many people as possible to the inestimable value of a unique heritage in the world and an extraordinary history that, belonging to our land, still affects us and crosses us: the organizers have committed themselves to tell it in an engaging way, in an unexpected context and with new ways.

Infinite tiles: stories and legends of early Christianity in Aquileia. This is the title of the great work created by the Master Sand Sculptors – in collaboration with other artists – and performed, again this year, without using adhesives or chemicals.

Visitors will be accompanied on a visual and emotional journey whose stages, taken in a network of symbolic references, touch on some crucial junctions of the events of early Christianity in Aquileia; events that can highlight the peculiar cultural and theological horizon that gave shape and meaning to the Theodorian mosaics, the most precious treasure of a huge legacy, scattered in imperceptible plots that innervate the landscape, the language, the traditions of Friuli. The path gravitates around the scene of the Nativity as the source of a radical historical turn and faith that, in its first diffusion, has known different theological declinations before finding a precise doctrinal arrangement. What, starting from several points of the eastern basin of the Mediterranean, reached for the first time the port of Aquileia was a heterogeneous Christianity, bearer of different theological approaches depending on the place of origin; an already fluid Christianity, therefore, which has been reworked in an original way in the bosom of the great and cosmopolitan Aquileia, and then reach, almost by gemmation, the entire land of Friuli: the remains of the early Christian oratory found below the church of Santa Maria di Bevazzana, on the banks of the Tagliamento, during the works for its translation in the Pineta of Lignano, belong to the fifth century.

A theme of great charm, therefore, that winds through a path suspended between history and legend, between validated hypotheses and others remained largely outside the academic circles (in particular those of Monsignor Guglielmo Biasutti, Don Gilberto Pressacco and Renato Iacumin) and that has found expression in a competition of different artistic languages united by two main threads: “the sea” (main resource of Lignano) and the “colors of light” (physical light and spiritual light radiated by the new faith). The course will be divided into four thematic blocks: legend, hypothesis, history and theology. The first block will tell for images the legend that made Saint Mark, the first Bishop of Alexandria of Egypt, the founder of the Church of Aquileia; the second will depict, through an allegorical procedure, some theories (in particular those of Gilberto Pressacco and Renato Iacumin) concerning the origins of Christianity in Aquileia; the third will touch on some historical junctions based on facts, documents, sources and monuments and, finally, the fourth will compensate for symbola the interpretation of some theological passages that have marked the ancient Church of Aquileia: the Descendit ad Infer(n)a, the Signum Ionae, the faith in universal salvation (Apocatàstasis).

The sand sculptures – this year the result of a long design study by Lara Gonzo and Maestro Mario Vittadello – are joined by three works that use different media: you can walk on a stretch of mosaic floor that faithfully reproduces, in color and size, some segments of the floor mosaic of the “Crypt of the Excavations”, work of the Mosaic School of Friuli Spilimbergo; you can admire an impalpable rainbow (arc di San Marc) made by Jacopo Rumignani with very light and transparent fabrics; there you will find, finally, before a grandiose digital video installation that will allow you to make an immersive and almost mystical experience in the saving and colorful waters of the mysterious “sea of Jonah”. This virtual insertion – made possible by the generous availability of the Fondazione Società per la Conservazione della Basilica di Aquileia – makes use of the planning and technology of 4Dodo S.r.l. of San Giorgio di Nogaro.

The Nativity Scene will be open from December 8, 2022 to February 5, 2023 and was created, as usual, by the cultural association Dome Aghe and Savalon d’Aur, in collaboration with: Municipality of Lignano Sabbiadoro, Lignano Sabbiadoro Gestioni, Consorzio Lignano Holiday, Lignano in Fiore ONLUS and with the support of local associations.